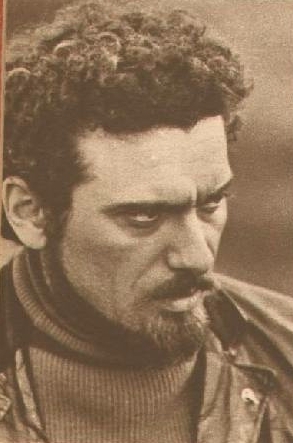 What all in the field of music we could lose if he would stay in glasshouse? And what so nice glass products we lost, when he decided to go on singer’s road? I hope you agree with me, the second decision was that right. His unforgettable songs Jo třešně zrály, Tereza or Růže z Texasu are known in all generations of country fans in our countries (Slovakia, Czech).

Maybe you would be surprised that two states have some authority to consider him an own. He was born on June 2, 1932 in Košice. All youth he lived with three brothers in center of Prague. He inherited his talent of his mother, who was operetta singer in Vienna theatre scene. Despite this fact, he wasn’t accepted in school band and he hadn’t good rating of singing at school. This fact didn’t stop him to show with various bands and he had be able to play on many music instruments (for example guitar, violin, banjo, harmonica, etc.)

He finished studies and worked as glassmaker only short time, but during that time he had shows with different bands.

The first success was with band Matrosov. In 1950 he tried happiness in State band of songs and dances, from that he went to Reduta and there he established band Mambo Kvintet.

In 1960 he was first time in recording studio and he recorded his first song Suvenýr (Souvenir).

In 1961 there Eva Pilarová came and she created famous duo with him. Their song Ach ta láska nebeská was Song of the Year 1962. Other famous duets with Eva were Tam za vodou v rákosí, Pozvání, S čertem si hrát, Dnes v noci etc.

This popularity open him the doors to radio and television. I can tell you programs Revue pro banjo, Pijácka romance, Kam slunce nechodí.

One Response to Waldemar Matuska I