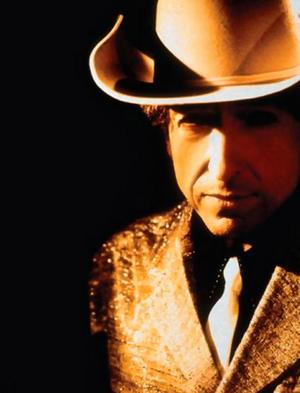 Millennium he celebrated by work, his song Things Have Changed won Golden Globe Award for the Best Original Song and Academy Award for Best Song. Dylan’s greatest recent album was Love and Theft, which was realized on September 2001. This album was produced by Bob Dylan, but under pseudonym Jack Frost. Next years he released songs, and after five years he brought new studio album. During this period he recorded some songs and realized some different projects (He was grateful to Johnny Cash, who helped him and how Dylan said, „for standing up for me way back.“ He recorded song for Johnny Cash TV tribute. Releases movie – Masked & Anonymous – by Larry Charles). The movie had a limited run in Theatres and got many good critics.

On June 23, 2004, Dylan was awarded an honorary degree (Doctor of Music) by University of St.Andrew. On October of the same year, Dylan published his autobiography – Chronicles: Volume One, where he wrote also about the process, which ignited him to start to write own songs. The book was nominated for a National Book Award.

In 2005 Bob returned to recording studio to record Tell Ol’ Bill and in the next year album Modern Times, which was nominated for three Grammy Awards.
In his 65 years old, Bob became the oldest living musician to top the Billboard albums chart.

On May 3, 2006 there was premiere of Dylan’s DJ career, hosting in weekly radio program for XM Satellite Radio. BBC Radio 2 started transmission of Dylan’s radio to UK on December same year and BBC 6 Music on January next year.

On August 2007 the movie I’m Not There by Todd Haynes won Award. This movie was inspired by Dylan’s life, original soundtrack and the other tracks were Dylan’s songs, especially recorded for the movie by various interprets. Later Haynes wrote about person Dylan:
The minute you try to grab hold of Dylan, he’s no longer where he was. He’s like a flame: If you try to hold him in your hand you’ll surely get burned. Dylan’s life of change and constant disappearances and constant transformations makes you yearn to hold him, and to nail him down. And that’s why his fan base is so obsessive, so desirous of finding the truth and the absolutes and the answers to him – things that Dylan will never provide and will only frustrate…. Dylan is difficult and mysterious and evasive and frustrating, and it only makes you identify with him all the more as he skirts identity.

On October 2007 Columbia Records (recording studio) released Dylan’s anthology, and there was also released DVD The Other Side of the Mirror: Bob Dylan Live at the Newport Folk Festival 1963-1965. In the same month, there was opened the first public exhibition of Bob Dylan paintings in Germany, with 170 watercolors and gouaches.

In the end of last year Dylan recorded new version of A Hard Rain’s A- Gonna Fall, double CD (Theme Time Radio Hour With Your Host Bob Dylan).
And what about his plans: Dylan is working on the next volume of his autobiography Chronicles: Volume One. He plans tour through Texas, Mexico, South America, Canada, Iceland, Russia and Europe.

On June 1986 Dylan married Carolyn Dennis and they had daughter Desiree Gabrielle Dennis.

One Response to Bob Dylan – Icon of many music styles IV