Bob Dylan – Icon of many music styles I. 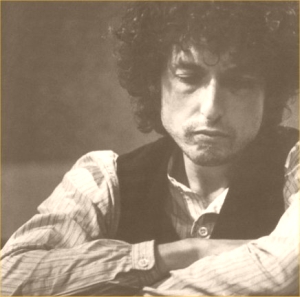 He inspired by his unique music, where he is interpret, author, guitar player, player on electronic mouth harmonica and strange looks in same time. A lot of interprets was inspired by him. Thanks to him, phenomenal guitar player Jim Hendrix decided to start sing. He inspired Mick Jagger,Madonna and Michael Jackson, in folk style for example Joan Baez, band Frames.

Somebody say, Bob Dylan has croaking voice, which nourish soft poetry. When he sing, sometimes he doesn’t finished some phrases and started with another and he does it again and again. He switches between sing, harmonica and other instruments.
Same as Chuck Berry, Bob swing rock’n roll authors, interprets and bands (Beatles, Jim Hendrix, Rolling Stones, Donovan, etc.).

He was born on May 24, 1941, in Duluth, Minnesota US. It isn’t interesting that his grand parents came from Europe. Many grand parents of people, who are inhabitants of US, came from this continent. Why is it so? After 1492, when Christopher Columbus had found America, there came people to create a new life. (Try to see History of country). His father’s grandfather came from Russian Empire after anti-Semitic pogroms) and grandmother came from Turkey. Both immigrated to US in 1905. His mother’s grand parents (they were also Jews) came from Lithuania to US in 1902.

His origin name is Robert Allen Zimmerman. (My uncle is Zimmerman too, but I don’t think that Bob Dylan is my family. It’s only small interest.)

He spent his childhood in Duluth and Hibbing. During his youth, he listened much time the radio, blues and country stations, later rock and roll. During the study in high school, he formed the music band named The Shadow Blasters. The band has short life, but his next band named The Golden Chords played popular songs.

Bob registered at University in Minnesota in 1959. His words about his beginning in folk music: “The first thing that turned me onto folk singing was Odetta. I heard a record of hers in a record store. Right then and there, I went out and traded my electric guitar and amplifier for an acoustical guitar, a flattop Gibson. The thing about rock’n roll is that for me anyway it wasn’t enough… There were great catch phrases and driving pulse rhythms…but the songs weren’t serious or didn’t reflect life in a realistic way. I knew, that when I got into folk music, it was more of a serious type of thing. The songs are filled with more despair, more sadness, more triumph, more faith in the supernatural, much deeper feelings.”

He started to interested in Dinky town folk music. With local folk enthusiasts. During this day he introduced himself as Bob Dylan. Why this name? The name Dylan came from name of Dylan Thomas, who was poet. Every time I thought, Bob is derivate from the name Robert, but it isn’t true. Bob is from popular music in that time, there were Bobbies.

He finished his college in the end of freshman year and started to work in Minneapolis.

Blowin’ In the Wind

House Of The Rising Sun