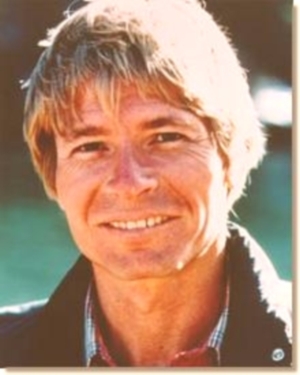 Next years weren’t so good for John’s career. He started to embark upon humanitarian causes, also to help to save wild animal’ life, made friendship with ecological organizations.

John Denver was married twice. The first his wife was Annie Martell. Annie was the subject of his song Annie’s Song. Both adopted two children, boy Zachary and girl Anna Kate. Zachary was subject of song A Baby Just Like You and Merry Christmas, Little Zachary.

In 1982 John divorce with Annie and in 1988 he married Cassandra Delaney, Australian singer and actress. They had daughter Jesse Belle. This marrage wasn’t so long, only 5 years. They divorced in 1993. John Denver reconciled to his first wife Annie. They became friends. 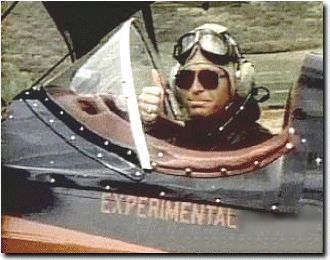 It was bad day for all country scene. October 12, 1997. In that day John Denver piloted his aircraft. This A Long-EZ aircraft was experimental aircraft, which was designed by Burt Rutan in 70’s. John had many experiences with piloting. John died in aircraft accident near Pacific Grove, California.

John was cremated with his first guitar – Gibson guitar- which had been given to him by his grandmother and which accompanied him during his all life.

Unfortunately John is death, but his songs with gentle melodies, are still famous. He accompanied himself on 12-strings guitar. His look was immuntable – western shirt, blue eyes, blond hair. HE was typical outdoor person, who loved life in the nature. His favourite color was green, favourite flowers were wild flowers. He lived in Rocky Mountains, in Aspen, Colorado. About this place, he wrote famous song Rocky Mountains High. The other his song Take Me Home, Country Roads became the Country Anthem and became to Songwriters Hall of Fame. Song Leaving On A Jet Plane was used in movie Armagedon.

One Response to Creator of Country Anthem IV – John Denver