Sometimes you can see stagecoach, how goes through long plains, some other time military jeep. Every time there are same passengers – Taxmeni. The modern country band.

We can meet the band on Czech scene already three decades. The first time it was in turning point 60 and 70-teen. Taxmeni started their repertoire by melodies of traditional country music, but how the time went, they released with their own production. They are representative of military country style.

Past members of the bands The Plainsmen and Stonewall Jackson established the band Taxmeni in the autumn 1970. Their first show was in February 1971. In that time, the band stayed between folk and bluegrass styles. They won some amateurish competitions and festivals, and also one year of Porta.

I think I don’t need to explain, why they changed the name from English (Taxmeni) to Czech (Krajánci). Ok, I explain it once again. In the Czechoslovakia, thanks to political pressure, all music bands, if they wanted to present themselves, they had to change name to Czech.

Thanks to strong pressure, they stopped their music activities in 1979. Practically, they started with their shows again only in the second part of 80-teen, when political climate came liberalize.

Repertoire of Taxmeni is rich and very various. They set to music stories about nationality, hardiness, men’s honor, moral tenet. In their songs we can see not only classic western topics, but also stories of Czechoslovak legionnaires or soldiers from period of the Second World War.

The band has already more than 2500 concerts. They had shows also in abroad; they had huge success in Poland and Slovakia. 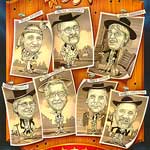 Last year they came again to show in Country Lodenica. It was success, again. They have many fans here and I’m one of them. 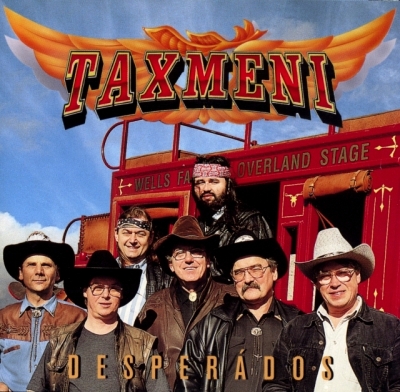