Invitation on Junifest in Slovakia

Time runs like wild horse. It isn’t so much time ago, what I wrote about Festivals and it’s already here. Junifest. It’s national beer festival, this year it will be already 5 year anniversary.

As you can see, the program is very rich. Performers will be representants of Slovak, Czech and also foreign popular music scene. 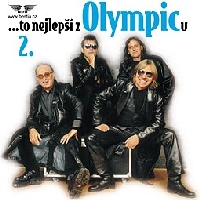 I think, the main croyd-puller of the program will be Olympic. This band is music icon of Czechoslovak pop scene. This legendary band is already on rock scene from 1963. Its show will be June, 18. and I believe, it will be again huge success.

Also fans of hard rock music will find something for them, on Monday June, 16. there will concert of heavy-metal legend, music band Judas Priest in Expo Arena Incheby. Other appearances :
of rock bands (Interitus, Heed a Kreyson)
of heavy metal bands (Sexit and others)

All Sunday (June, 15. 2008) will belong to older generation and for everybody, who likes folklore, brassbands a public music.

In the end of Sunday show, there will be show of Orchestra Golden Violins and soloists of excellence folklore band Lúčnica.

This year, the first time there will be medial beauty competition MISS JUNIFEST 2008. Shows of finalists from each Slovak region will be part of program and there will be also spectator votes.

Each day, in Junifest will be cut a Slovak records, beer and other competitions, tombola, games and many more atractions! 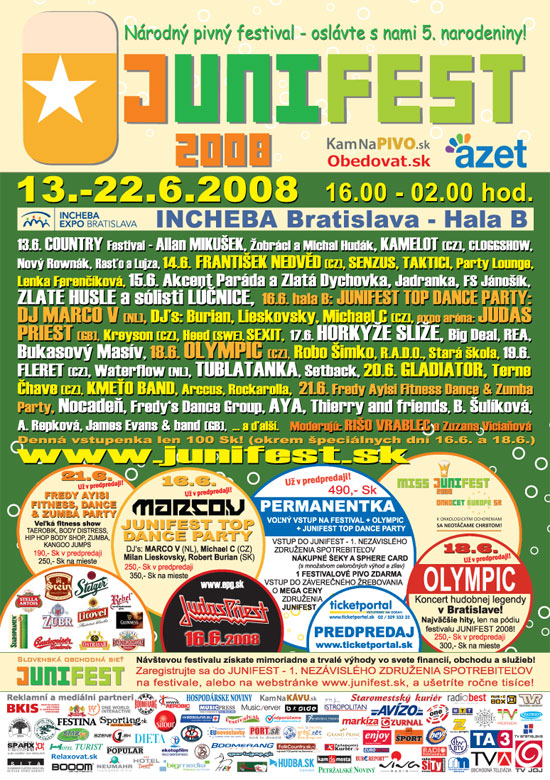