Festivals in Slovakia and Czech (Part 1) 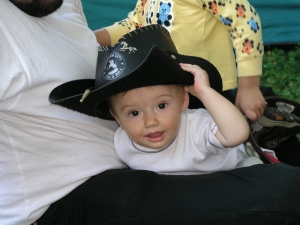 Maybe festivals here in Slovakia aren’t as huge as in US, but you can also feel great atmosphere there. Main season of festival starts in April and the end is usually on the last August weekend. The weather comes better, more sun is shinning and it’s right decision build one’s tent. Here in Slovakia people don’t interest to country style of life as much as in Czech republic, but it doesn’t matter, the atmosphere of each festivals is great.

Here are the best known festivals:

This action is more folk than country festival. It’s in Stupava, small town near of Bratislava (about 20 km far). Usually it’s organized in the area of amphitheatre. There isn’t so much place for tents, but many people sleep under stars. This festival lasts 2 days.
It was my first country festival, that I have ever visited. I was there twice, but now I prefer Country Lodenica. Maybe because Lodenica is more open. There is more place, more artists, more…. I don’t know how to explain it. I know this will be bad comparison but try to compare the Woodstock festival with some local fest. I think I’m out with this comparison, however is it relevant distraction between these festivals.

Small, but well-known festival in the car camping, only 30 km far from Bratislava, just on highway from Bratislava to Prague. I have to admit, I have never been there. I know, it’s not far, but … What can I say on my defense? I want to go there more times, but the program wasn’t enough attractive for me. Now it’s better and maybe this year I’ll go to visit it. It’s traditional country music festival, which is usually in the last weekend of June.

This year there will be also Indian’s village. Its purpose is to show culture of prairie’s Indians and objects, that were necessary for their everyday life, such as wearing, ornaments, utility, musical instruments and many others.
Children can try shooting from bow, throwing of tomahawk or javelin or horse riding. Also children can use their fantasy and make some necklaces from leather with Indian motives, face painting, etc. 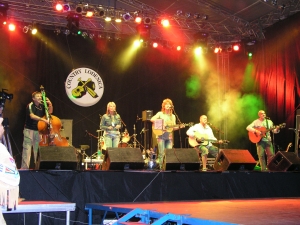 This year it will be 10 year anniversary. During this time festival became the most popular in all middle Europe. You can meet there people of all ages. Besides music, you can find there children town, face painting, inflatable attractions, many competitions, modeling from clay, horse riding, children dance school, beach volley, trips to countryside, puppet show, etc.

As I wrote above, the festival is in Piešťany’s shipyard and that’s why there should have enough place. Maybe, but in the last August weekend, you will not be able to find none, especially, if you’ll come at the evening. During day the forest of tent grows up, some small, some huge, some for whole music bands. Also scene for all artists show is prepared. During all three days there are many artists from Slovakia and also from Czech Republic. (Czech Republic has many famous country and folk singers, that style is more preferred in that country than in Slovakia. There is a tradition to go on water as waterman, or wander in the nature. Czechs are usually looking for adventures and many of them don’t accept instructions or restrictions and because of that many of them lost their life.)

It is fact, that in Czech Republic is more folk and country interprets and bands than in Slovakia and they are more known and more popular like Slovak interprets.

In Country Lodenica you can find well known and also less known bands. The program is usually from 4 PM to 3 AM, but people spend more time in the huge tents (kiosks). Why? There are a lot of players on guitars and on other instruments and they play amount of the most popular and well known country and folk songs. Somebody comes on Lodenica only to meet friends, to sing in the tents and doesn’t matter about official program on the scene. It’s typical public meeting, with very interesting and pleasant atmosphere. I like it so much.

Every year I am looking forward for this action. There I also met a band Jackpot first time. It is small music band; its members are boys about 30 years old. All of them live in Bratislava or in small villages around the town.

If you will to stay in Piešťany longer time (or if you will travel around Slovakia), you can visit also Truck Country.

It’s meeting of trucks. It isn’t celebration only for trucks lovers, but also all motorist’s community. They could meet together and spent a nice weekend with fine music. Truck Country offers many attractions, as competition of trucks, competition of drive ability, Miss body painting, Miss wet T-shirt, dance bands, inflatable attractions, electric cars, four wheel cars, stunt men, many adrenalin shows and etc. They don’t forget children. There is Entertainment Town carnival for them.

Last year there were about 600 truck drivers from 6 countries and thousands viewers. And where is it? In Piešťany, on the airport.