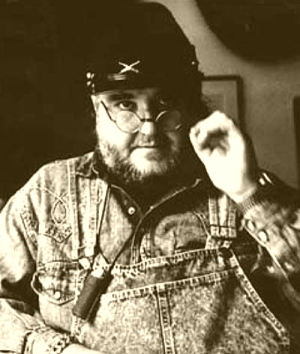 He started to play as small child, first at piano, than on guitar and drums. First time he presented in 1967, on Festival Porta. He played there as guest of Rangers, with song Whispering Pines of Johnny Horton. He won. His cooperation with group Rangers was short, only a few months and next year he came with new group Rivals. He had still sang in English.

Everything finished in 1980. After short time he came back with his own group Tučňáci and with total new repertory. First album (Last cowboy) has hits as Poslední kovboj, Báječná ženská,Modrá z džín, Pověste ho vejš, Tam u nebeských bran or Koukám, jak celá země vstává. His success embodies in good cooperation with famous songwriter Zdeňek Rytíř and it evolved in next years.

In the end of 80-tieth started his health problems. These problems were reason, why he disembody group Tučňáci.

From this time he only cooperated with amateurish or semi-professional groups (Weekend, Pavlína Jíšova, etc.).

In 1994 he decided to cooperate with group President, but unfortunately it was so late. In 1995, March 10 he died his life in consequence of malign disease.

In his person, we lost the king of the Czech Country. His strength of interpretation wasn’t only in his voice quality, but in his heart, because hearth was in his every song.